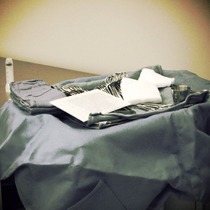 When people go to the hospital for a surgical procedure, there is the expectation that doctors and nurses will treat every patient with a standard level of care. Of course, there is the possibility of a complication arising before, during or after any procedure, but we put faith in the skills and judgment of the people treating us. However, despite years of training and education, surgeons and surgical nurses can still make mistakes. Sometimes these mistakes stem from the complicated nature of a procedure, but other times a mistake is made simply when doctors lose count of items used. This is often how a sponge or medical tool is left inside a patient after an operation.

Leaving a surgical instrument behind after a procedure is not only dangerous, it is generally completely avoidable. For example, many hospitals across Chicago rely on the most basic methods of tracking surgical sponges used during an operation. Two nurses or O.R. techs count the number of sponges as they go into a patient and then count them again as they come out. If these numbers do not add up, the discrepancy can be addressed before a doctor closes a patient.

Unfortunately, too many people miscount the sponges that come out without realizing it. Current counting practices have a 10-15% error rate according to The Joint Commission. This seemingly small miscalculation can end up costing patients enormous amounts of pain, money, and anxiety as they try to recover from a surgery while they still have a sponge inside of them.

Some companies are working to develop high-tech solutions to these preventable errors, including sponges with barcodes inside of them that can be scanned and electronic counters that can keep track of how many sponges have been used and removed.

These solutions can be effective ways to track foreign objects, at least in terms of sponges, but they are not being used in every hospital or in every operation. This means that facilities across Illinois may still have to rely on the seemingly archaic, and potentially flawed, method of hand counting and tracking sponges. Victims of these surgical errors may want to consider pursuing a medical malpractice claim to hold hospitals and doctors accountable for damages resulting from this type of negligence.