If Tracked Accurately Medical Errors Would Be The 3rd Leading Cause of Death in U.S. 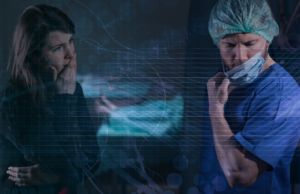 Change is hard. At some point in time, everyone has had to try to change a habit in order to improve at something. That kind of change is hard because people get comfortable in their routines. It is difficult because people have to act deliberately to avoid slipping into their old habits. That kind of change is difficult because sometimes it begins to change the way people interact with other elements of their lives. It is that kind of change that researchers at Johns Hopkins Medicine would like to see at the Center for Disease Control and Prevention (CDC). These researchers are calling on the CDC to add medical errors to its annual list of the top causes of death in the United States.

The research that was done at Johns Hopkins estimates that there are over 250,000 deaths in the United States every year as a result of medical errors. If these were included on the CDC’s list as it exists now it would put medical errors as the third leading cause of death behind heart disease and cancer.

The CDC does not currently list medical errors because its coding system does not recognize them. Even if they are listed on the death certificate, which all too frequently they are not. The system as it works now defaults to the underlying condition or the acute cause of death in the published totals. It ignores any error if there is one. That means someone could come into a hospital with a condition like a heart attack and experience a medical error, like being given the wrong dosage of a medicine. In that case, the cause of death would be counted as a heart attack, not a medical error.

…researchers are calling on the CDC to add medical errors to its annual list of the top causes of death.

The Johns Hopkins researchers suggest adding a question to death certificates that ask hospitals to specifically indicate if a death was a result of a medical error. The CDC says it needs a compelling reason to change their procedures. The process they have in place now makes it easy to compare U.S. statistics with other countries. They acknowledge that this would be a difficult change. The researchers argue that this kind of data collection is needed to address and reduce preventable medical errors.

This kind of change is uncomfortable. It is uncomfortable for doctors to admit that their patients have died due to medical errors. When families learn that a loved one died as a result of a preventable error it is painful. It is difficult for the CDC to have to adjust the way they track statistics. As uncomfortable as this change would be, it would provide data that can justify the research and resources necessary to reduce the number of medical errors. In doing so hopefully one-day preventable medical errors won’t be a leading cause of death in the United States.

NPR: Medical Errors Are No. 3 Cause Of U.S Deaths, Researchers Say

BMJ: Medical error-the third leading cause of death in the US