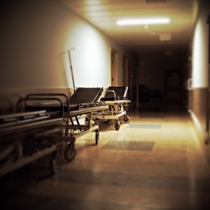 When people go to the hospital in Chicago, they are often cared for by a number of doctors and nurses. If something bad happens and a mistake is made, it can be easy to assume that the liability begins and ends with those directly providing care.

However, in some instances, there can be a case made for unsafe conditions at a higher level. This often results in claims asserting hospital negligence, which could be beneficial for patients. Because a hospital has far more financial resources at its disposal than an individual, the chances of recovering full damages in the event that a claim is successful could be much better. But establishing hospital negligence can be complicated, so it may be helpful to learn more about this area of medical malpractice.

Hospitals are expected to provide patients with a safe and clean environment. If it fails to do this, it can be tied to the injuries or illnesses a patient suffers as a result.

Hiring practices can be a source of negligence, for example. If a doctor is on the job and makes a critical error, the hospital employer of the doctor could be responsible for the mistakes made by the employee. If the hospital hired the doctor without properly checking his or her background, it could be considered corporate negligence. And if a hospital fails to employ an adequate number of doctors, nurses and other staff members, it could be held accountable for any damages that a patient experiences as a result of inadequate resources.

A hospital could also be considered negligent if they do not take proper steps to protect the safety of patients. In some cases, a hospital could be held accountable if an infection spreads throughout a facility because of unsanitary conditions. If a patient is hurt by another patient, slips and falls on a wet floor or has care delayed due to inaccurate records or inaccessibility to testing equipment, a hospital could also be named in a claim.

There are certainly medical malpractice cases that stem from the actions or inaction of one party. However, there are also cases when a mistake or error is the result of a much bigger problem. Speaking with an attorney can be an effective way of identifying all the parties who may have played a role in negligent or reckless care in a hospital.