What is the value of a human life? 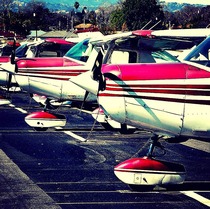 “The fire ignited when the small airplane smashed into a parking lot and empty building in central Anchorage on a failed takeoff. Passersby ran to pull four burning people from the Cessna Skywagon. But when they tried to rescue 4-year-old Miles Cavner, the airplane cabin was engulfed in fire. As Stacie Cavner screamed that her son was burning, police officer Will Cameron spotted Miles on the cabin floor. Fire was scorching the boy’s body — and keeping Cameron from saving him.”

This description was pulled from a USA Today article on how fires following survivable small plane crashes lead to over six hundred deaths a year. The article was part of a bigger series the newspaper did on the dangerous design of small planes. Now, my law firm doesn’t handle plane crashes but the article points to an important truth that applies to all areas where safety is a major concern: money, not safety, is all that matters to corporations and insurance companies.

So how much then is a life worth? The costs to make planes fire-safe were projected at between $556 and $5,710 for each new airplane made. Now, if I were buying a plane I’d pay any of those amounts in a minute, but I’m a lawyer who doesn’t fly planes. Maybe you or others who do fly planes would be more price-sensitive. But you’d still like the option, wouldn’t you? And you’d like to know the risks if you don’t buy it, right? Of course, you would. An informed consumer is the safest consumer. But you won’t find the data about fire deaths during survivable crashes in any sales or safety material from the small plane manufacturers.

But it gets worse. In calculating whether safety was worth it, the FAA agreed with the manufacturers of airplanes and placed the value of a human life at one million dollars. To give this context, in 1988, the Environmental Protection Agency placed a $3.3 million value on each life when it proposed new ozone protections–three times as much as small airplane manufacturers.  Today, the FAA has revised the value of human life to over $9 million dollars yet it still refuses to revisit the issue of requiring the airplane manufacturers to make their planes fire-safe. Why? Money, of course.

Here’s the point. Despite being called “citizens” by the United States Supreme Court, corporations are not human. They do not care about safety except to the extent that it costs them money. Money–maximizing shareholder wealth–is the only language they speak and understand. Which is another reason why lawyers are so important. Lawyers hold human-less companies accountable in the only way that matters–money. Do you think GM would be fixing their ignition switches if a lawyer hadn’t sued them for money? Think again.

If 4-year-old Miles Cavner’s family brought a lawsuit in a state like California or Texas, where there is a cap on intangible damages such as pain and suffering, Mile’s life would be deemed worth no more than $250,000.00. Chump change to small plane manufacturers and precisely why they don’t make safer planes. We can decry lawsuits and the idea of awarding money for intangible losses like pain and suffering all we want but make no mistake: a private person’s right to sue a corporation for money damages is still the best way to keep corporations honest.