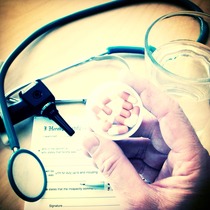 When we go to a hospital or doctor’s office we do so with the intent to be healed. We have an ailment or injury and we trust our health care provider to help us find a solution for it. Now even the best healthcare involves some degree of risk and we are made aware of that through the forms we sign and the warnings on the medications we are prescribed. What we aren’t aware of is whether or not our health care professional is struggling with a dangerous addiction. According to USA Today, over 100,000 medical professionals (including doctors, nurses and medical technicians) are struggling with prescription drug abuse. Abuse which is not only dangerous to them but puts the patients they care for at risk. We need to ask: “Should hospitals be performing random drug tests?”

Nearly 8000 patients in eight different states needed hepatitis tests after David Kwiatkowski was caught stealing pain medication by injecting himself first and refilling the same syringes with a saline solution. Not only did those patients not receive the pain medication they needed but they were needlessly exposed to hepatitis C and at least 46 of them contracted the disease. The risk to patients is not always due to actions as malicious as Mr. Kwiatkowski’s, but impaired medical professionals can miss critical warning signs, administer medication incorrectly, or be unable to perform surgery safely.

One suggestion for reducing risks is random drug tests at hospitals and is in line with mandatory testing in other industries. If you work in the transportation industries(trucking, airlines, or railways) or high-risk industries (nuclear energy or oil and gas) it is understood that you might be subject to a drug test at least once during your career, and definitely after an incident in which mental impairment may have been a factor. Currently, however, healthcare professionals are not subject to any drug testing.

The procedures now in place are a far cry from effective at protecting patients and getting those struggling with addiction the help they need. Most efforts are focused on preventing the distribution of stolen medication. Testing would allow the medical industry an effective way to protect both patients and practitioners. Practitioners struggling with addiction could be identified early or encouraged to voluntarily self-identify and get treatment. While those that are criminally negligent could be identified and prevented from putting patients at further risk.

Doctors take an oath to do no harm and hospitals should have an obligation to prevent their facilities from allowing doctors to violate that oath.

The Advisory Board Company, “100,000-Plus Providers Struggle with Drug Addiction – and It’s Hurting Patients” The Daily Briefing, April 21, 2014