Flying is safer than surgery and it is no accident 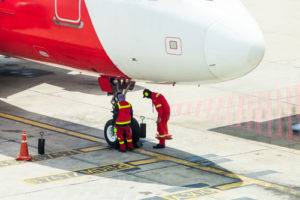 The commercial aviation and the airline industry are subject to very strict government regulation. In the event of a crash, it is not the airline, nor the manufacturer that investigates what went wrong. No, a separate governmental agency, whose job is only to examine transportation disasters, handles the investigation.

The accident or crash reports can take years to produce and may run thousands of pages in length. The result, however, is that in virtually every instance, we know what went wrong. And because of this, we also know that for airline crashes, it is typically a human error. 2014 marked the fifth straight year that no one died on a U.S. operated commercial airliner.

When someone dies due to a preventable medical error, one of the elements that is most often missing and that the families often want more than anything is to know why.

They want to know why their wife or husband, mother or father, son or daughter died. Was it due to some exceptional circumstance that was astronomically unforeseeable or was it due to negligence?

Rigorous examination of surgical errors is often difficult, because memories are often faulty, and in the intense environment of an operating room, when something goes wrong, the chaos of the moment can obscure events, meaning no one may have a clear idea of what occurred.

It does not help that those in the best position to know may also have a motive to become forgetful after the patient has died.

Pilot’s actions are recorded by Cockpit Voice and Flight Data Recorders, the black boxes that often provide the answers to how a mechanically sound aircraft nonetheless crashed.

A proposal in Illinois’ neighboring state of Wisconsin would mandate video and audio recording of operating rooms, that could create a permanent record of events, and which could be used to improve doctor performance.

As one doctor who installed such a system in an operating room says, “If we don’t know what we’re doing wrong, we’ll never improve.” With 400,000 deaths, there is a great deal of room for improvement.