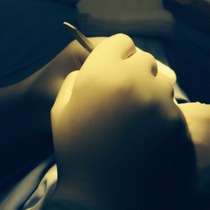 After a tragic plane or automobile crash, we often read that investigators will know more about the incident after they check the “black box.” These devices record data that proves to be crucial in determining what went wrong and under what conditions the accident occurred. The information gathered from the black box can be crucial to collecting objective and clear information. Could hospitals improve patient safety using “black box” technology?

A similar system is being tested in a Canadian hospital to record data during surgical procedures. Upon completion of an operation, doctors can look back at their work and identify any areas where mistakes may have been made. The black box system consisting of three cameras and three microphones was recently installed in one hospital as part of a pilot period. During the period it determined that doctors have been making errors during two specific steps during laparoscopic weight-loss surgeries (Lap-Band).

Researchers at the hospital found that nearly 86 percent of the mistakes that were made during the 80 procedures recorded were made while surgeons were suturing and grafting the bowel of gastric bypass patients. They were able to pinpoint the exact timing of the errors thanks to the data collected by the black box.

In many cases, surgical errors go undetected until patients experience complications during their recovery. By then, the damage has already been done. Then the case is reviewed by a panel of experts who can only guess what might have gone wrong.

Supporters of black boxes say that they can provide critical support to doctors and hospitals to identify and learn from mistakes and could play a crucial role in resolving issues both for patients and for hospitals. They can also serve as a valuable teaching tool for medical schools preparing the doctors of tomorrow.

These “black box” systems are scheduled for further testing in Canada, Denmark, and South America in the upcoming months.  Some hospitals in the United States have also expressed interest in the technology and are in talks to bring the system in for some trials here.  If the trials are successful and doctors accept them, the implementation could be a very quick process since the device is not a medical one it would not require approval from the U.S. Food and Drug Administration.

Would you feel safer if your doctor had access to this technology?