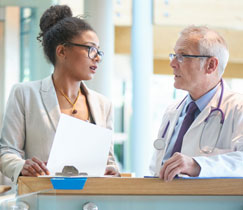 News about healthcare and the healthcare industry is not hard to come by. From the enactment of the Affordable Care Act, numerous articles on healthy living, to medical tort reform, news outlets are constantly updating the public about the cost and effectiveness of medical care.

Unfortunately, tragic mistakes are often ignored in the debate surrounding affordability and medical malpractice “tort reform.” In Illinois specifically, many patients have been critically injured in the last decade because of preventable medical errors in public hospitals. According to research by Better Government Association, Illinois hospitals paid out approximately $180 million in damages stemming from wrongful death lawsuits against the hospitals.

In Cook County, John H. Stroger Jr. Hospital paid out over $90 million for 97 wrongful death cases between 2004 and 2014. During the same period, the University of Illinois paid out almost $65 million for 35 wrongful death cases. While the scope of the medical malpractice awards and settlements is an indication of the problem, it is not the whole story. Many patients who suffer because of a medical error never even file a claim. Often this is because a patient is unaware that an error occurred.

Few people would argue that patient safety is not the number one priority of any hospital. Unfortunately, medical facilities and institutions often overlook preventable errors and fail to take corrective action when confronted with system-wide problems in patient safety. Internal investigations conducted by hospitals may or may not lead to knowledge regarding medical errors. However, the results of hospital internal investigations are not necessarily public knowledge. Hospitals often guard the results of such investigations from third parties, fearing the repercussions if knowledge of the error got out.

Politicians, pundits and the media often attack medical malpractice lawsuits. Yet a personal injury lawsuit after a medical mistake is important for a variety of reasons. It allows a victim of medical malpractice to focus on recovery, rather than mounting medical expenses. The family of victims in wrongful death cases can get help with the lost income associated with the death of a loved one. A personal injury lawsuit also helps to hold doctors and medical institutions accountable for their actions.

People make mistakes. On occasion, doctors will fail to diagnose a condition, make a surgical error, or otherwise fail to properly care for a patient, no matter how good a doctor’s qualifications and experience. However, too often doctors and hospitals do not acknowledge a mistake or fail to take corrective action to prevent future mistakes.