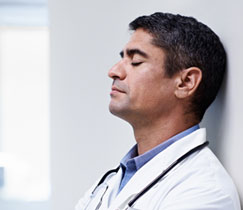 When people go into the hospital, they expect that the staff there will attend to their needs and help them recover. Many people feel safer in hospitals than at home when they are ill, given the availability of health care workers who can respond should a crisis arise and medical technology that can help monitor their conditions. However, a phenomenon known as “alarm fatigue” can set in among health care workers, where they fail to take action when an alarm sounds on a medical device. Alarm fatigue happens because they hear so many alarms during their shifts, and the alarms often do not signal emergencies. As a result, when an alarm actually means a patient is in crisis, hospital staff members do not act – and patients suffer. The Joint Commission released a proposal to help hospitals address the issue of alarm fatigue in January 2013.

The problem of alarm fatigue is not new. The Joint Commission, the organization that accredits hospitals in the U.S., originally made the issue of responding to alarms part of its National Patient Safety Goals for 2004. The Joint Commission believed that hospitals had effectively solved the problem of alarm fatigue, but further research into the issue revealed that hospital staff members were still ignoring alarms, and patients had died as a result. A Healthcare Technology Foundation survey showed that one in five hospitals polled had recorded an avoidable injury or death due to inattention to alarms.

The ECRI Institute, a non-profit organization devoted to increasing the safety and quality of health care, issues an annual report regarding the top 10 health risks that patients face from health care technology in the coming year. ECRI cited alarm fatigue as the top health technology risk for patients on its 2013 list.

In response to the threat to patient safety, the Joint Commission has made responding to alarms part of its National Patient Safety Goals for 2014. The Joint Commission released a proposed plan for hospitals and is inviting comments on it from health care professionals until February 26, 2013. Under the proposed plan, a hospital’s accreditation would depend on the leaders prioritizing alarm safety by inventorying all alarms in the hospital, eliminating unnecessary alarms and educating staff about the hospital’s alarm response policies.

Talk to an attorney

Patients rely on hospital staff to react when patients are in distress. When health care workers erroneously assume an alarm does not signal a true emergency, patients suffer unnecessarily. If you have been injured due to a health care worker’s negligence, speak with an experienced medical malpractice lawyer with substantial experience handling these complex cases. An attorney can help you recover a fair settlement for your losses.