Am I a victim of medical malpractice? 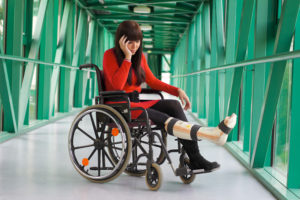 A bad medical outcome is an unfortunate result of receiving medical care.  Every patient that receives medical care does so with the intention to get better and heal. When that doesn’t happen patients can rightfully be very frustrated. While a bad medical outcome does not always mean that medical malpractice has occurred it may be worth it to ask the question: “Am I a victim of medical malpractice?”

When a patient asks if their outcome can be considered medical malpractice it can set off a long complicated process. There are a few requirements that must be met for a bad outcome from a medical treatment or procedure for it to be considered malpractice. A mistake or error by a doctor or hospital is not enough on its own.

The Standard of Care

If a patient is merely unhappy with a treatment or results of it that does not mean the doctor is liable for medical malpractice. This is true even if a complication occurred. For medical malpractice to have occurred, the doctor must have been negligent. Negligence means that the doctor performed in a way that is below the standard that any other competent doctor would have performed in a similar situation. This is where medical malpractice cases get complicated. In order to show how a doctor’s care fell short of the standard of care a second doctor or qualified expert must be hired to explain what should have happened.

If nothing went wrong as a result of the care, a patient can’t sue their doctor.  This is true even if what the doctor did is clearly outside of what should have been expected.  The harm must be something that is quantifiable because it has to be clear to a jury what is being asked for and why.  A victim of medical malpractice will be expected to show one or more of the following:

This gets at the root of whether a bad outcome is in fact due to medical malpractice. Medical malpractice cases, for the most part, involve patients that are sick or have some sort of injury. To have a viable case the bad outcome has to be a result of what the doctor did, and not the result of the sickness or injury already sustained. It can be very hard to show this sometimes. If a patient is suffering from heart disease and later dies of a heart attack it can be challenging to show that it was a doctor’s mistake rather than the disease that caused the heart attack.  This is another reason why medical expertise is required in every medical malpractice case. The expert’s job is to show that it is the error that led to the victim’s worsened condition and make the causal link.