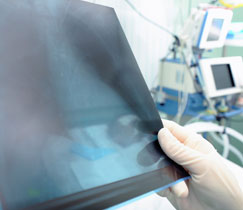 However, as Reuters Health notes, mistakes still occur in hospitals that use EMRs. For instance, doctors are able to open several EMRs at one time, so they must always be vigilant of which patient’s EMR is currently in front of them. When doctors are not careful, medical mistakes such as tests and procedures intended for one patient being entered into another patient’s EMR can occur.

In 2009, Children’s Hospital Colorado found that misplaced orders was one of the top reasons received procedures or tests meant for other patients. Reuters Health reports that the hospital made one minor change that made a big difference in reducing these errors: including pictures of the patients in the EMRs.

In the year prior to including patient pictures in EMRs, 2010, 12 incidents of patients receiving a test or procedure intended for another occurred. In 2011, after the change was made, there were only three incidents, and all three times the EMR did not include the patient’s picture.

Receiving treatment, procedures or medications intended for another patient are completely preventable errors. But, when these errors occur, patients are put at risk of injuries such as dangerous medication interactions, undergoing unnecessary surgery or treatment, increasing a patient’s pain and recovery time, and even the loss of use of healthy limbs.

EMRs are intended to increase patient safety, but more can be done, like including patient pictures in EMRs, to reduce medical mistakes. Speak with an experienced medical malpractice attorney if you or a loved one has received treatment intended for another patient. Through a medical-malpractice lawsuit you may be able to recover compensation for you injuries and pain and suffering.