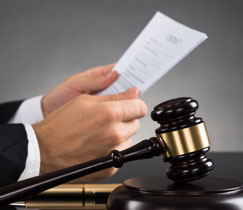 Capping the amount of damages a patient can recover in a medical malpractice lawsuit does not lower healthcare costs or improve patient safety, according to a recent study.

New research out of the University of Illinois shows that limiting the ability of juries to decide medical malpractice cases does not lower healthcare costs.

The cost of healthcare has been one of the most dominant areas of public conversation in America over the last several years. Part of that conversation has involved so-called “tort reform.” In essence, medical tort reform means limiting the ability of injured victims to bring a lawsuit or limiting the amount an injured victim can recover after suffering an injury. The idea is that if states limit the ability of juries to decide the amount of money an injured patient can recover, doctors will have less to fear from lawsuits, thereby reducing the overall cost of medical care.

There is little evidence to back up this theory, however. In fact, according to the bipartisan Congressional Budget Office, if federal caps were put in place it would at best limit by one-half of 1 percent total Medicare and Medicaid spending. In addition, the CBO found no statistical difference in healthcare spending in states that have med mal caps (about 70 percent of states) and those that don’t.

According to a study released earlier this year out of the University of Illinois, capping medical malpractice lawsuits has little to no effect on controlling healthcare costs, bringing quality physicians to the state, or limiting “defensive medicine.” According to lead author David Hyman, a professor of law and medicine at the University of Illinois, tort reform is a “very small idea” that does not have a large impact on overall healthcare costs or patient safety.

For patients injured because of medical negligence, however, caps can be a significant setback in recovery. The CBO noted that if the U.S. Congress enacted national “tort reform,” an additional 4,874 patients would die every year because of medical error, and approximately 400,000 more would be injured.

Illinois is a good state from which to conduct a study on medical malpractice tort reform. In 2005, Illinois enacted a law that capped medical malpractice damages an injured patient could obtain for “non-economic damages” at $1 million against hospitals and $500,000 against doctors. Non-economic damages are things like pain and suffering brought on because of injury, compensation for losing a loved one, and certain other damages.

In 2010, the Illinois Supreme Court held this law was unconstitutional. It is for juries and judges to decide these issues, the court held, and the law violated the state’s constitutional separation of powers.

While juries in Illinois therefore have more freedom to decide what is just in medical malpractice cases, injured patients cannot easily recover after experiencing medical negligence. Juries are not willing to give patients – even severely injured patients – money without a clear reason to do so.

That means that an injured patient must obtain the representation of an experienced medical malpractice attorney who understands the amount of damage that medical negligence can do to a patient.

A medical malpractice attorney to fight for you

Doctors are widely respected, and rightfully so. The best doctors can save lives. But that does not mean the law has to put doctors on pedestals or provide them with legal protections not available to any other industry. Doctors are human and make mistakes all too often. According to Take Justice Back, 440,000 patients die every year because of mistakes made by doctors and hospitals; America loses tens of billions of dollars every year because of medical errors.

And injured patients are not out to win the lottery; they are in real pain and trying to move on with life as best they can.