Is Re-entry the Solution for the Shortage of Primary Care Physicians? 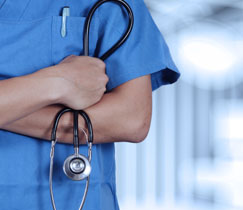 To address the problem, Rep. John Sarbanes, D-Md., recently introduced the Physician Reentry Demonstration Program Act. The legislation’s main thrust is to bring back into action physicians who left the world of patient care for whatever reason and are looking to return. The focus is on doctors who, with minimal training and credentialing, could almost immediately step back into hospitals, clinics, medical schools and non-profits to meet the increasing demands placed on those institutions.

The bill calls for the U.S. Department of Health & Human Services to institute a trial re-entry program that in full implementation would provide training and financial assistance to physicians in exchange for at least two years of service in public health organizations. The financial benefits include loan repayment assistance, payment of licensing fees and inclusion in a federal malpractice coverage program.

The Debate Over Physician Competency

One of the major concerns voiced about the proposed re-entry program is physician competency and its affect on patient safety. Competency is especially concerning considering most physicians applying for the program are presumably advanced in age. The bill itself does not directly address the issue, but it does state that re-entering physicians will be subject to the standard credentialing processes.

There is concern that the government will ease the licensing and competency requirements for re-entering physicians. Combined with the protection of a federal malpractice coverage program, patients may be put at risk with little recourse. The marriage of malpractice coverage with the re-entry suggests that the government is well aware of the potential for subpar service.

While the increasing shortage of primary care physicians is certainly cause for concern, it is unclear whether the proposed Physician Reentry Demonstration Program Act is the best way to address the problem. Concerns over the competency of re-entering physicians and its impact on patient care will only be validated or dispelled with time. If nothing else, it is at least a potential solution to this long-term problem facing the nation.