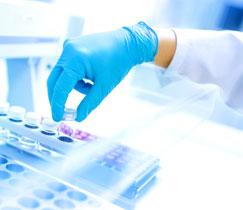 The Cook County Record recently reported that a woman is suing her doctors for their alleged failure to follow up on the abnormal results of a bone scan. Subsequently, the woman was diagnosed with metastatic disease that had spread to her bones. The gist of the complaint was that, when the bone scan showed abnormal results, the doctors owed her a duty to follow up by: (1) ordering more tests to better ascertain her condition and (2) advising her of the results. The doctors’ failure to do so is alleged to have allowed the cancer to spread thereby making her a victim of negligent medical care.

It is observed in the Journal of Clinical Outcomes Management that the failure to follow up on abnormal laboratory test results jeopardizes patient safety. Unfortunately, the failure to follow up “is so common that it is almost normative.” According to a Northwestern University study, almost half of all discharged patients from an emergency room have pending laboratory and radiological tests. Some of these tests will change or modify a patient’s diagnostic or therapeutic plan and some require urgent and immediate action. Unfortunately, communication between hospital labs and doctors too often breaks down and one’s attending physician either never receives the test results or, for some reason, ignores them.

One study of women with abnormal mammograms cited by the JCOM revealed that about one-third of the women did not receive appropriate follow-up care. In a survey of physicians at one large urban hospital, nearly one-third of doctors reported that they had no reliable method to verify that they had received the results of all the tests ordered and received. Moreover, almost three-fourths of the doctors surveyed reported that they had no method for identifying patients overdue for a follow-up. Interestingly, an analysis by a malpractice insurer demonstrated that one-quarter of diagnosis related malpractice cases were due to failures in follow-ups.

The American Association for Clinical Chemistry notes that the much vaunted electronic recordkeeping system now embraced by doctors and hospitals is no panacea for the failure to follow up on test results and, indeed, creates its own problems. According to the ACCC, busy and often interrupted physicians are now expected to assimilate “massive amounts of information” being dumped into the electronic medical record by various hospital departments including the lab, the pharmacy and the radiology department. Unfortunately, being inundated by a flood of information often causes the physician to overlook something important in the process of having to filter a veritable deluge of medical information.

Fierce Medical Imaging suggests that the following steps could be taken by hospitals to either minimize or eliminate the problems caused by the failure to follow up on test results: