Combating Fraud Under the Patient Protection and Affordable Care Act 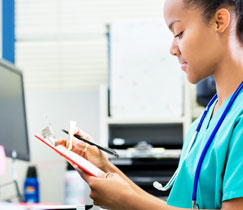 Government Cracks Down On Medicare Fraud, But is Still Being Robbed

The numbers are truly staggering. Medicare fraud is estimated to cost the U.S. $60 billion a year – and that is just the government’s estimate. Some analysts put the figure at more than twice that, meaning that of the $430 billion paid out by Medicare every year, anywhere from 14 to 30 percent of all the money paid out could be for fraudulent claims.

There are a variety of Medicare fraud schemes. One of the simplest is fly-by-night operations that open a storefront, illegally obtain the ID numbers of actual Medicare patients, bill Medicare for products and services that the patients never received, get paid by the government, and then quickly disappear. Other operations involve actual doctors who bill Medicare for services they do not perform, performing unnecessary procedures for which Medicare foots the bill, or even patients who knowingly allow their personal information to be used in fraudulent billings, in exchange for monthly cash kickbacks.

That rampant fraud is money out of all of taxpayers’ pockets, but it also means that innocent people whose information has been fraudulently used can be denied insurance coverage or Medicare benefits, because records show months or years of clinical services that never actually happened.

The Government’s Fight Against Medicare Fraud

The federal government is beginning to take a bite out of this enormous problem. In the 2010 fiscal year, the government recovered $4 billion in fraudulent claims, an increase of $1.4 billion over the previous year – the best year yet for fraud prosecution. And over the next 10 years, the fight against fraud will receive additional funding of $350 million as part of the Patient Protection and Affordable Care Act (2010’s healthcare reform law).

In addition to getting tougher on Medicare fraud, the government appears to be getting smarter. Officials are now using computerized predictive modeling tools which spot trends and mathematical anomalies (for instance, an unusually large number of billings for artificial limbs or AIDS treatments from a particular clinic). This is in contrast to the “pay and chase” model used for decades, whereby Medicare pays the fraudulent claims, then discovers the problem later and tries to find the now-missing culprits.

The Office of the Inspector General for the Department of Health and Human Services has even adopted the use of a “10 Most Wanted List” of Medicare fraud masterminds. Joint operations with the Department of Justice are now in effect in nine fraud hot spots, including Chicago. It is expected that in the coming years the dollar values of recovered claims will increase: While $4 billion recovered is a good start, it’s only a little more than 6 percent of the estimated total in fraudulent Medicare claims.