Cerebral Palsy – Is it Biased? 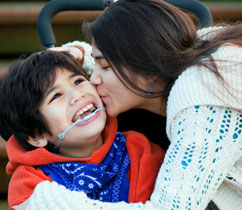 I ask in this article whether political (or cultural) considerations influence scientific research at the scientist level; that is, is the person or group doing the research slanting their data or conclusions to fit a particular personal bias or agenda. Even more specifically I want to ask: In the area of medicine are there scientists whose bias is influencing the direction of their research? In the area of cerebral palsy the answer seems to be yes.

Cerebral palsy is a term used to describe brain damage in babies found at birth or shortly thereafter. About one-third of cerebral palsy is preventable and is caused by not enough oxygen getting to the baby during the labor or delivery process (this would be medical malpractice). Yet, there is a group of doctors promoting the view that asphyxia (lack of oxygen) during the labor and delivery process rarely causes cerebral palsy. This group is called: The American College of Obstetricians and Gynecologists, or ACOG.

ACOG’s history is marked by tireless and consistent efforts to promote through the medical literature and specifically for use in medical malpractice cases their position that cerebral palsy rarely arises by preventable causes, thereby excusing even the most negligent care of their members. They try to prevent cerebral palsy malpractice lawsuits by creating a very rigid set of criteria for birth injury due to asphyxia and claim that only cases meeting every one of the criteria are truly birth-related cerebral palsy cases. In fact, even if a child meets every one of these criteria, except one, they’ll claim the injury wasn’t due to birth asphyxia.

These hurdles are tall ones and given ACOG’s political motivation the question is whether their science is true or whether the conclusion is driven by their bias of eliminating liability for their members and the companies that insure them. This is not an academic question. False and biased conclusions not only impact babies already born with cerebral palsy (whose families are trying to recover damages through medical malpractice suits to help care for these children) but perhaps more tragically it impacts the quality of medicine going forward – preventable injuries will not be prevented. So, is the ACOG literature reliable?

First, you may be surprised to learn that obstetricians are not the doctors involved in resuscitating or intubating asphyxiated newborns, nor are they the ones who test, diagnose or treat babies born with brain injuries or the complications of brain injuries. Instead, it is the pediatric neurologists, pediatric neuro-radiologists, neonatologists and others like them whose research, data and methods focus on the timing and causes of brain damage in newborns.

Second, this research, and there is a lot of it from all around the world, directly contradicts the obstetricians’ claims that cerebral palsy is rare and that in the vast majority of such cases the damage occurs before labor and delivery. One study (author: Francis Cowan), for example, looked at 351 cases of newborns with signs of brain injury within 72 hours of birth to see if there was a link between the injury and events during the labor and delivery process and found a link in almost 90% of the cases! Other studies had similar findings.

Third, another group of studies looked at whether the asphyxia that occurred during the intrapartum period (during labor and delivery) was observable and preventable. For example, in one study (author: Hakan Noren) the author looked at 29 babies born with evidence of asphyxia brain injuries and discovered that in 22 of those cases, there were abnormal fetal heart rate patterns long associated with hypoxic insult (lack of oxygen getting to baby) meaning that the oxygen deprivation was discoverable. Even more troublesome, though, was the study’s finding that in many of the 22 cases appropriate medical intervention was either delayed or not given at all despite the abnormal patterns.

First, ACOG’s “scientific” position that cerebral palsy is rare and rarely caused by preventable conditions is self-serving and untrustworthy. It is bad science generated by bias.

Second, every mom and dad should expect their obstetrician to know the real literature (not the propaganda) and to be ready to intervene should evidence of oxygen deprivation show up during labor and delivery.

It is their duty. And it’s the least they can do.

*This article was first published on our blog – www.medmalchicago.com.