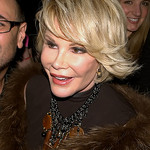 Victims of a medical mistake are often dealing with difficult emotions and are understandably mad, sad, frustrated, confused, and in pain. They are looking for justice. Victims find themselves in a difficult position at a time when they are emotionally and financially drained.  The complexity of a medical negligence lawsuit can seem very overwhelming.

Just recently the family of Joan Rivers filed a medical malpractice suit against the doctors and clinic that were involved in the procedure that led to her death last August.  They are dealing with much of what most victims do like the feeling of loss, sadness, anger, and frustration. Melissa Rivers said that filing this lawsuit was one of the most difficult decisions she had ever made, a sentiment that is not uncommon among medical malpractice victims. Ultimately, the desire to see justice prevail was the determining factor as she said, “not only did my mother deserve better, every patient deserves better”.

Hospitals and doctors are in a very different position their primary concern is to protect themselves from having to admit to a mistake and pay victims for any wrongdoing. With the considerable resources available to them, they can hold onto this privileged position and discourage victims from seeking the justice that they deserve.  Often overwhelming them at a time when their ability to deal with stress is diminished.

Medical malpractice victims are generally dealing with an increased amount of stress.  It might be stress from adapting to lost income and/or lost support.  It could also be stress from having to adapt their lifestyle to a serious disability.  Grief and anger are other common stressors for victims of medical malpractice. Likely it is a combination of these stresses that victims are coping with as they try to move on with their lives.

We realize that these stresses are a big factor weighing on our potential clients. We also realize that making the decision to file a lawsuit can be a very challenging one.  Helping them understand what the challenges are and how the process will work is an important part of how we help them.  It is our goal to help remove as much stress from the process as we can so that they can focus on their future knowing that they can seek justice for their loved ones who, like Joan Rivers, deserved better.