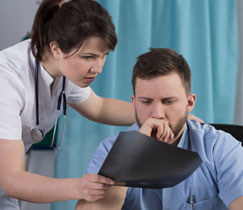 In an article published earlier this year, a group of doctors at the University of Illinois Medical Center (UIMC) in Chicago explained their “seven pillar” method of handling “patient safety incidents,” or, put simply, medical errors. Given the model’s success of handling medical errors, a federal grant was recently awarded to implement in other hospitals throughout the state of Illinois.

Disclosure is at the heart of the seven pillars method, explained by a group of doctors in appeared article published in a patient health and safety journal earlier this year. The seven pillars consist of:

According to the article, this model differs from other processes of handling medical errors, because it provides, “a direct link between patient harm and improved patient care.” The quality of the program is demonstrated by its successful results.

According to one of the doctors who authored the article, 55 out of 56 medical malpractice and hospital negligence cases over a two-year span at the UIMC were settled out of court.

The seven pillars process also boasts increased reporting, with more than 2,000 incidents reported yearly, over 100 investigations, and almost 200 specific improvements to their hospital operations. In addition, the article claims that conversations about disclosure took place 106 times and 20 medical personnel fully admitted that their negligence directly led to patient harm.

As part of the Department of Health and Human Services’ Patient Safety and Medical Liability Initiative announced in June, the Agency for Healthcare Research and Quality (AHRQ) granted UIMC $3 million to complete a demonstration study over three years. The grant money will be used to determine if the seven pillars method can be used in other hospitals by implementing the process in nine Chicago-area facilities and monitoring various factors like reduced medical errors and compensation costs.

Only time will tell whether the model will effectively curb medical mistakes.

While the work by UIMC physicians is admirable and necessary, the fact is that medical errors still persist and thousands of patients continue to suffer injuries and deaths because of negligent medical care each year. This unreasonable care can take the form of medication errors, surgical mistakes, a failure to diagnose a problem correctly, birth injuries and other errors leading to injury. If you or your loved one was injured due to negligent medical treatment, contact an experienced Illinois medical malpractice attorney to discuss your legal rights and options.