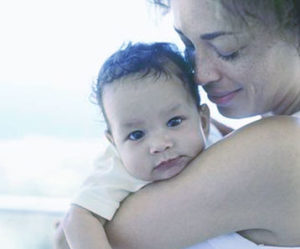 Erb’s palsy is a birth injury caused by nerve damage to the brachial plexus, a large network of nerves running from the spinal cord to the arms and shoulders. Brachial plexus injuries usually occur during the birth process when one or both of the infant’s shoulders are lodged behind the mother’s pelvic bone during birth. This is called shoulder dystocia. The nerve injury is caused when the physician pulls on the baby’s head while the shoulder is stuck in the birth canal. Erb’s palsy can cause lifetime disability. Some children have difficulty using their arms. As with cerebral palsy, at Cirignani Heller & Harman LLP, we have found that sometimes the responsible physician and insurance company may tell the parents that the injury was caused by other reasons than medical malpractice.

Shoulder dystocia can occur in any vaginal delivery with any size baby, but is more common with a larger baby, particularly when the mother is diabetic. Most brachial plexus injuries are preventable by recognizing when the baby’s shoulder has been impacted and not pulling on the baby’s head once this occurs. Instead there are a variety of obstetrical maneuvers designed to free the shoulder and allow delivery without a brachial plexus injury. The most common mistakes are either failing to recognize that a shoulder dystocia has occurred in the first place or in putting excessive traction on the baby’s head after a shoulder dystocia has been recognized. However, in the rare case where the shoulder dystocia is severe and the obstetrical maneuvers do not work, there may be no alternative but to pull on the head in order to save the baby’s life. Usually, though, there is ample time to take the steps to fix the dystocia. If you have a child who has been diagnosed with Erb’s or Klumpke’s palsy, we invite you to contact our physician attorneys to discuss the birth events as they have been presented to you. Our Chicago medical malpractice attorneys, who are also medical doctors, will be able to determine from medical records whether it appears that some physician or other medical care provider error may have caused the injury.